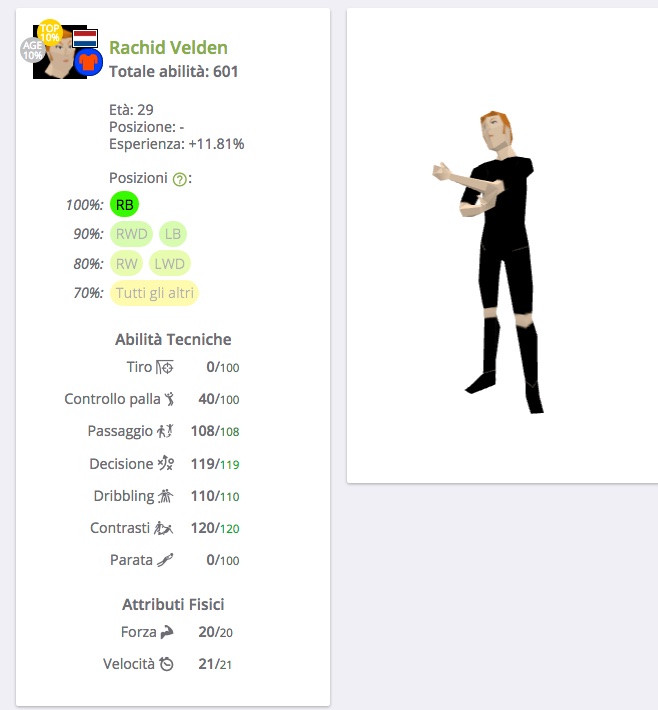 Some symbols may appear on each player’s cards, what do they mean?

TOP AGE 10% gold stamp: means that player is part of 10% of the total Goleada’s strongest players, that is, who have the highest total score of skills.

AGE 10% silver stamp: means that that player is part of 10% of the best players for that age, that is, among that 10% who have the highest total skill score for the same age.

Icon of a T-shirt: when the icon of a t-shirt appears on the player’s profile, it means that he has been called up with his National Team.

Positions and role icons: when the player icons appear on the role icons, you have a “Fuoriclasse” in front of you.
There are very few “Superstars” that are put into play by the GIFA (Goleada International Football Association).
Superstars are very strong on the positions they prefer. They lose a lot when they play in other positions than those shown on their cards. (by clicking on the role icons, the skills change to show the difference in performance.)

The star players play well on Top Leagues (100%), but do not like playing in lower leagues – in 2 category they play with 90% of their skills, third – 80%, etc. On the contrary, they love international tournaments, where they can do better.