Shooting at the goal

Two skills are needed to have an effective scorer:

– Decisions – to choose the right target on goal

So far, there have been cases where these skills did not matter when shooting at the goal. This will be changed from the next season.

Whenever there is a shot at the goal, the process will be the same (selecting target by Decisions, shooting on that target by Shooting).

Head shooting will be less accurate than foot shooting. 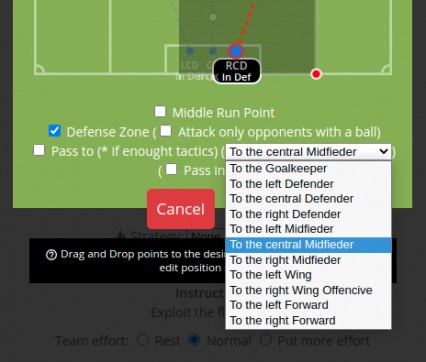 There will be an additional option through which managers will be able to control the selection of passing-target-teammate. Whether the player will follow the instruction or not – depends on his “Decisions”.

– At 75 “Decisions”, the player will generally follow the instruction in half of the cases. In other cases (when the “decisions” skill is not enough), the player simply will pass the ball to a random teammate.

– With 150 “decisions” – the player will always follow the instruction

– With 0 “decisions” – the player will never follow the instruction and will select passing-target randomly.

The accuracy of the pass will depend on the skill “Passing” (as it is now).

This option can be set for any position in the team – both field and goalkeeper. If not set, players continue to act as they do now.

Match Strategies and that contract with the sponsors

The sponsors will break the contact if a one and the same strategy is used more than 4 times (nothing changed there). But when the contract is broken, all the money from the contract will be lost. This can result in negative balance as well.

The only exception is “None” strategy as well. It (None) will not count, the sponsors will not break the contract because of it. 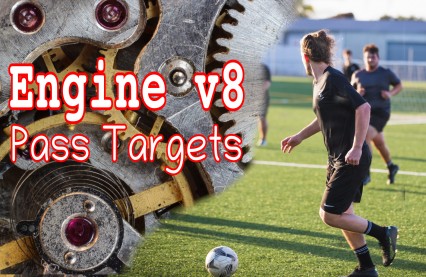