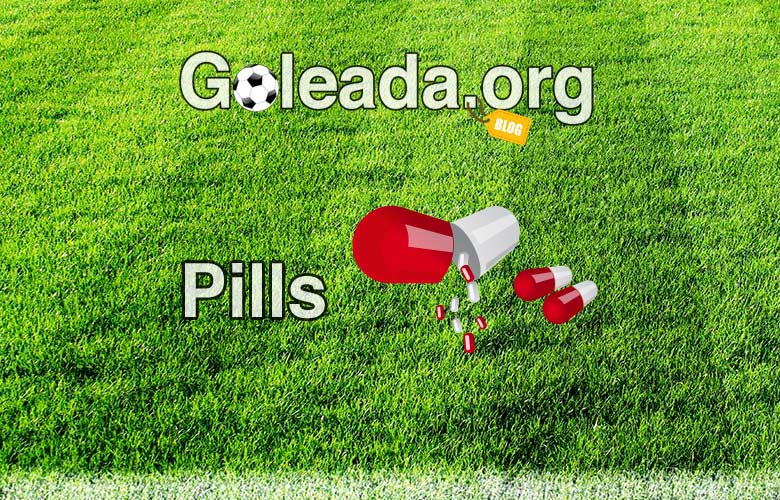 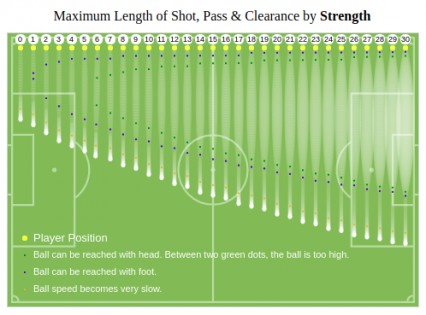 The ability of the player to recover quickly and return to the game after a duel or an action and his shooting/passing/clearing power.

Exhaustion
After action (unsuccessful duel for the ball, passing, shooting, head-jump, etc.) the player is tired and he is not active for a while. Even if he is very close to the ball, he will not play for it. Strength helps him get faster back to the game and attack the opponents again. 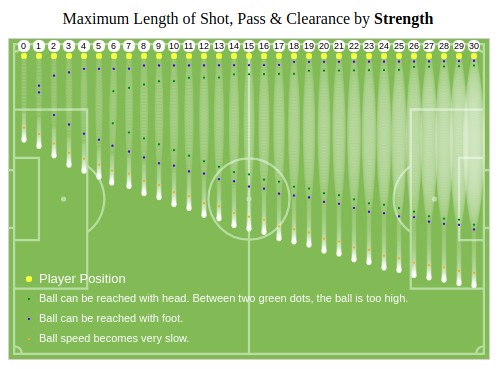 For the same time, the faster players will run a longer distance: 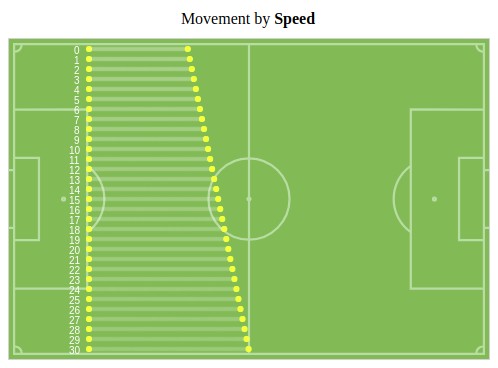 (white numbers on left are the speed level of the players)